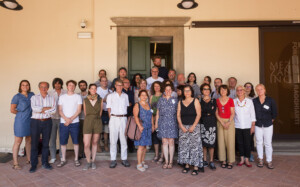 The first Summer of the International Association for Media Education (IAME) took place in the Italian city of Lucca from the 1st to the 3rd of July 2018. On Sunday 1st July the members of IAME gathered in a general assembly in order to discuss a strategy to raise the visibility of media education among relevant stakeholders in Europe, as well as to create further occasions to share and exchange good educational practices within and beyond the members of the association. 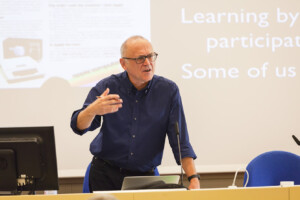 The day after, the rich programme of the Summer School officially opened with the presentations by David Buckingham (Loughborough University, UK) and Normand Landry (University of TÉLUQ, Canada). The British scholar reasserted the importance of a critical approach to media education to face the challenges of platform capitalism and fake news while the Canadian colleague outlined a comprehensive framework to carry out media education research in the digital era. A very lively roundtable about the relationship between Media Education and Media Regulation followed the two presentations.

The Summer School continued with a set of parallel sessions led by some experts of IAME.  The workgroups focused on the following topics: Research in the field of Media Education, News Media Challenges, Media Production in the age of digital craft, New media and culture, Media education in multi- and intercultural society, Advocacy & Policy in media education. Furthermore, some participants engaged the “show and tell presentations” aimed at sharing media education resources. The last day of the event was dedicated to a workshop called “Lucca on the move” through which the participants discovered the historical and artistic monuments of the city by playing to a treasure hunt with their mobile devices and an app for the augmented reality.

To know better the International Association of Media Education www.iame.education

The European Commission support for the production of this publication does not constitute an endorsement of the contents which reflects the views only of the authors, and the Commission cannot be held responsi­ble for any use which may be made of the information contained therein. Intranet